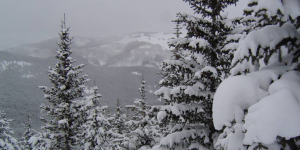 With the holidays fast approaching, I can’t believe we are close to starting a new year!  I’ve lived in the Vail Valley for over 32 years and am looking back at all of the changes which have taken place over the years including population growth, neighborhood changes, new businesses and services, and even the new high speed Chair 9 (formerly the super slow Chair 17) on Vail mountain.

Over the years I have lived from one end of the valley to the other; from East Vail when I first moved here to Cotton Ranch in Gypsum for 10 years.  In between I lived in Avon, Eagle-Vail, and Singletree three times over including where I now reside.  It is fascinating to see how the homes in which I lived have evolved.  My first home was an old “A” Frame ski cabin on a corner lot in East Vail.  That eventually got leveled and was bought by a developer who replaced it with a high end duplex on the lot.  The home in Eagle-Vail I owned in the 80’s was one of only a handful of homes built on that street at the time is now blended within the family neighborhood. When I first bought my golf course home at Cotton Ranch it was a small tight knit community with continuous social events almost nightly.  Years later, the upper mesa at Cotton Ranch got developed, and the golf course went from a semi-private club to being bought out by the Town of Gypsum.

My friends thought I was crazy for moving way out west from Eagle-Vail to Singletree in 1992.  There were many lots undeveloped at the time and the area known as Riverwalk was yet to be developed.  Lot sales began in Singletree around 1979 and homes were being built in the early 80’s.  Hard to believe some of the homes in Singletree are now 30-35 years old!   We are starting to see remodels occurring.  My thought is more homes will become remodeled as there are very few vacant lots available for new builds.  There was only one new home built in 2009 in Singletree which sold for $337 price per square foot and then no new construction from 2010-2014.  In 2015 we finally saw four new homes built with an average price of $874,000, average square footage of 2100sq ft and $416ppsf.  Currently there are three new construction properties being built for sale in the $1,125,000-$1,635,000 range, including my listing on 140 June Creek Road for $1,125,000. Between the remodels and new builds, prices per square foot are getting pushed higher.  Any potential buyer or seller needs to have their broker really understand the Singletree market as the price per square foot varies depending upon location, views, finish level, remodeled, new construction, type of property and whether a townhome, duplex, or single family.  So much to consider, yet one of the reasons I enjoy the real estate business so much is because it is ever changing!

If you have questions about the Singletree market and are considering selling or purchasing, contact me any time on my cell phone 970.471.5233.